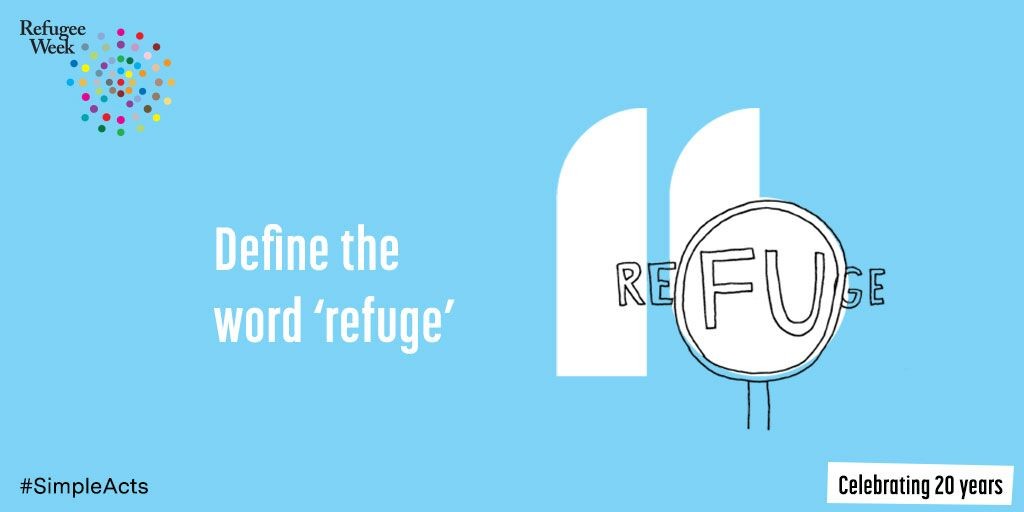 After New Orleans was hit by hurricane Katrina back in in 2005, there was lots of talk about whether people who lost their homes should be called ‘refugees’.

Some thought that the word should only be used for people escaping war in ‘foreign’ countries. Some quoted legal definitions.

Others argued that by describing hurricane victims as refugees we would become more understanding of people facing hardship.

When we launched Simple Acts in 2009, we decided to go to the very heart of this debate.

We invited people to create their own definitions of refuge. We hoped that by thinking about what refuge means to each of us, we might help form a fresh perspective on the word ‘refugee’.

And create they did – including Shami Chakrabarti, Nick Clegg and the then Archbishop of Canterbury Rowan Williams.

Nine years later, the need to rethink the word refugee is greater than ever. We have heard the word so many times we have forgotten it refers to real people and real lives. That a refugee could be anybody.

Think about what the word ‘refuge’ means to you. Your definition could be poetic, practical, political or personal.

And as Refugee Week Ambassador Usman demonstrates, refuge can be found in unusual places…

Swap definitions with a friend. And add your definition to the Simple Acts conversation by sharing on social media using the hashtag #SimpleActs, or emailing us.
There are 20 Simple Acts to celebrate 20 years of Refugee Week. For more information and the full list, visit the Simple Acts page.