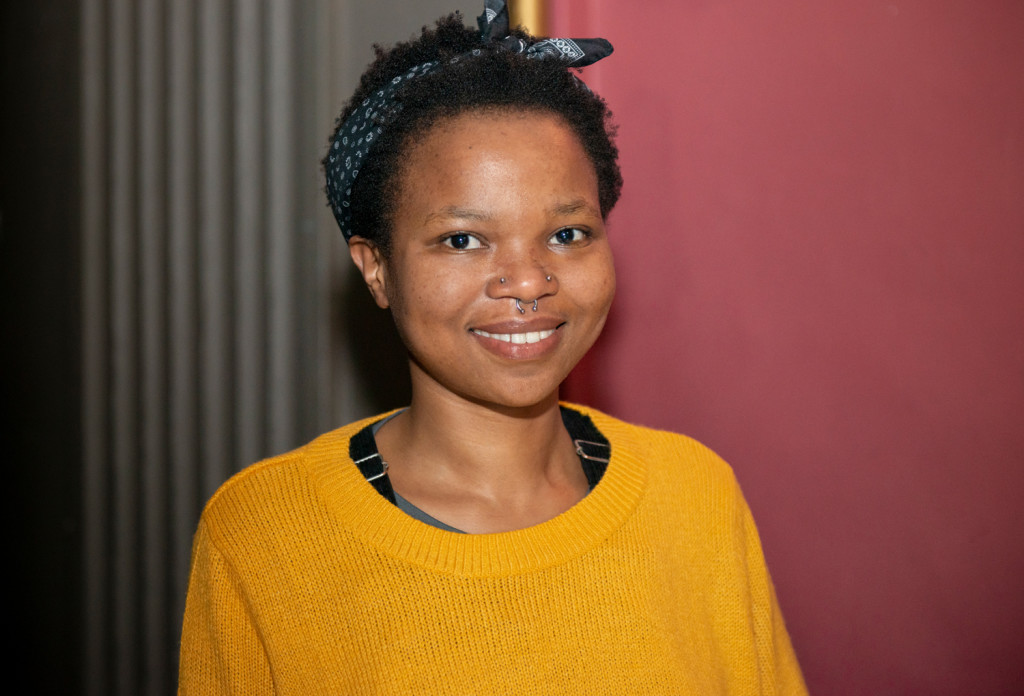 Having a range of intersectional identities, I always say I am Black first, because that’s visible. My sexuality, my gender identity, my class and my refugee status are all invisible when you look at me and hear me speak. My Blackness stares you in the face and forces you to see colour. I remember the first time Black Lives Mattered. Most of us will, it was only six years ago the hashtag and the movement started, following George Zimmerman’s acquittal for the murder of seventeen-year-old Trayvon Martin. I was 20 years old; I was Black and I was seething with rage even though I had no connection to Trayvon and talked about it with everyone I came into contact with. How could Zimmerman not be going to jail, at all? This was the first time I started to discuss and acknowledge racism, particularly in my day to day life. I quickly became that Angry Black Girl.

Eric Garner couldn’t breathe and we took to the streets. We marched for Sandra Bland. The names of Black people who are killed at the hands of police brutality and white supremacy didn’t start then and they never stopped. Black Trans Women are murdered and attacked regularly for daring to exist. There was an incident on Twitter where Tommy Robinson retweeted some of mine and many more women of colour’s tweets. We were defending a Muslim woman after she was attacked by the British media and wrongly accused of supporting ISIS. I blocked over 150 accounts in two days and withdrew from posting about race on social media in a way that would draw too much attention to me. In 2020, it is a commonly acknowledged part of life that if you are a Black woman and talk about race in British media, you will experience trolling and abuse online.

In place of rage came years of numb. I got tired of being constantly aware of the large-scale implications of white supremacy as well as the way it plays into my day to day Black life. I have never watched any of these videos of Black people being killed that circle the internet and rightly cause outrage and people to take to the streets. I’ve heard and read enough about them to know that I do not need to see them to be angry.

Sometimes all we see in the news is people making dangerous life consuming journeys to seek asylum. It’ll be everywhere you look in what feels like short bursts and then it’ll fade away as quickly as it came. The journeys are still happening whether or not they are front page. And how often do we hear those people’s names? The thing that has always bothered me about reporting on the ‘refugee crisis’ has always been the way that ‘refugee’ replaces ‘people’. We get videos and pictures of large groups of people cramped into a dingy or a camp. The media does not portray ‘refugees’ as people. People in need of help instead become a ‘crisis’, and suddenly it’s perfectly natural for people to be ‘illegal’. What we can take from the Black Lives Matter movement is the importance of treating victims as people. It is individuals who are dying on dangerous journeys because they are fleeing persecution in their home countries. The mantra synonymous with Black Lives Matter is ‘Say Their Name’ because the person who killed them did not see them as a human being, worthy of living.

I don’t know what to say when people ask me how they can help. I don’t even know what I can do to help anymore. It’s 2020, the Black Lives Matter movement is ramping up with full speed and I am too anxious to join the protests after three months in lockdown.  I am lucky to say that I’ve never had any trouble with the police, even at protests.  While I wait patiently for Life in the UK Test centres to reopen so I can get on with trying to become a British citizen amidst a hostile environment. I have decided not to exercise my right to protest, during a pandemic.

A conversation with an artist recently led to the term ‘second class citizenship’ running circles around my head. We were talking about freedom of movement and the artist said those words in relation to attempting to travel in Europe with Refugee status. The artist has been banned for two years from visiting Sweden, where their family live because they had not booked a return ticket upon arrival. I think second class citizenship looks different for many of us and freedom of movement isn’t always just about crossing borders. Black men and boys are more likely to be stopped and searched in the UK, regardless of whether or not they were born here. I have seen the videos of the ways the police in the UK interact with Black men. I did see the man getting tasered just a few weeks ago in the North West. The 62-year-old man who got tasered and fell down the stairs in his home. Freedom of movement accounts for feeling safe walking your local streets, in your home. Freedom to be treated like a human being. I was angry when I saw Amber Guyger being hugged and given a Bible by the judge. Her remorse was acknowledged but when she saw Botham Jean in his own home, she did not give him a shred of that humanity before taking his life.

As an asylum seeker in the UK, or a refugee, you are a resident, not a citizen. People with Refugee status cannot vote in most elections. As an asylum seeker, you are at risk of being detained and deported at any point during your claim. You can walk into a reporting centre in the afternoon and find yourself detained and facing deportation hours later. You could fall asleep in your home and be forced awake by Border Police taking you away. Second class citizenship. The treatment of the Windrush Generation of Caribbean people who suddenly became ‘illegal’ immigrants after years of living, working and tax paying in the UK: second class citizenship. Shamima Begum who was born and raised in UK, was in the UK while she was groomed online is facing having her British citizenship revoked. In February 2020, the UK government was deporting Jamaican nationals after failing to give some people access to legal advice or phone signal for weeks prior to deportation.

When George Floyd was murdered and Tony McDade shortly after, the world started to chant Black Lives Matter again. I realised that I was annoyed with some of my friends who up until recently had not been attempting to be actively anti-racist in their activism. Friends reaching out, incredulous with rage, white friends who expected me to be even angrier than they were, because I am Black, like the people who are dying. I think there came a time when I stopped being shocked or surprised when a Black person dies in these circumstances. I unfortunately understand these deaths to be a common occurrence, part of the human experience. The scale at which they happen only grows higher as I get older. The difference between now and then is that it feels like everyone is angrier than I am. It felt like they’d just discovered racism and were only angry about it now as it was becoming a trend on social media. Had they never realised the ways Black people and migrants are treated as second class citizens before? It shouldn’t take watching a video of a man being murdered to realise racism exists and be actively angry about it. I was annoyed that they didn’t already know these were only two names in an ever-growing list, in a whole institute of racism that the UK is also complicit in.

I am still wary of performative allyship and I think there is a lot we can all do in practicing true, long lasting solidarity.  I am praying this sudden collective outrage doesn’t die down. I hope we hold on to that rage and continue to pick apart this institutionally racist, transphobic, sexist and classist system. I hope it doesn’t disappear with the news cycle. The world is already changing. We have to continue holding the government and the police accountable. I hope that this time, Black people are able to rest and care for themselves and not continue to burn out, be imprisoned or die trying to fight for our right to exist. I recently heard about Oluwatoyin Salau. A 19-year-old Black woman, a Black Lives Matter activist who has been found dead following a series of tweets she made about a man who sexually assaulted her. I honestly don’t quite know how to finish this.