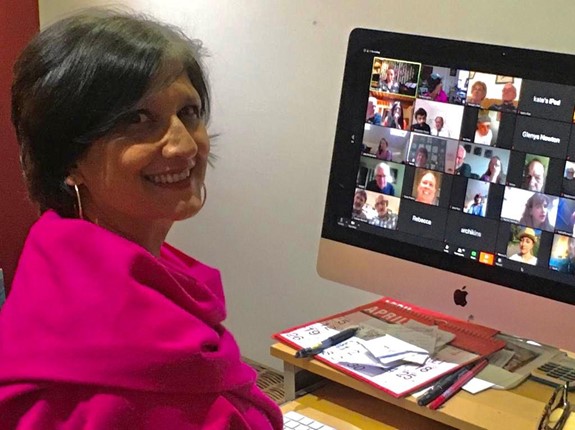 In the dark days of the early winter lockdown of 2021, shops and schools were closed, and rain-soaked parks and pavements were deserted.

Yet underneath the surface, seeds of creativity were germinating everywhere. In rooms all over London, members of the Greenwich-based Citizens of the World Choir were singing into their phones or tablets via Whatsapp voice note and Zoom, in every language from Kurdish to Welsh, and sending their musical contributions to the Choir to weave into an online album.

“I have been singing for many years, but this was my first experience recording songs through WhatsApp and Zoom,” says Sandrine, who joined the choir for people seeking sanctuary during the first lockdown. “I didn’t really know in the beginning how it will look like… But I really enjoyed it! It was an amazing experience for me!”

“It helped me get through a hard time, and I learned a lot of fun and interesting things as well,” puts in her fellow choir-member, Ijeoma.

Last year, the Choir fought hard to keep online rehearsals going and make sure that all members received phones and data to keep in touch during the first lockdown. It also ran a hugely successful Christmas crowdfunding campaign to raise funds to create an EP of original music.

“We’re so grateful for everyone’s support for our crowdfunder,” says Becky Dell, Musical Director. “The winter lockdown meant we couldn’t record in person but that wasn’t going to stop us. So we held online recording sessions to make sure that all our members, no matter where they were, had the chance to be part of the album.”

The Choir’s EP of five tracks is titled Symphony of Voices, and also features instrumental contributions from members such as saz and violin. Audiences can hear some tracks from the album at the Choir’s online concert on the 16th June, introduced by actress and Choir patron Emily Watson OBE.

The theme of the album comes from the ancient meaning of symphony, according to COTW composer and collaborator Tom Donald.

“In ancient Greece, symphony meant the bringing together of voices, rather than a particular musical structure,” says Tom. “Here we’re bringing together nearly 30 different musical cultures in this album to create a real Symphony of Voices.”

The record is structured in five movements, starting with response to the long cold winter in “Vanhu (People, Places)”, moving through the idea of space, both physical and imaginative, in “Hiraeth (Beyond the Oceans)”, to the meditative and melodic “Crazy World” and “Musica Incipit”.

The fifth piece, “Spring,” is a lyrical, optimistic ballad of regeneration and reconciliation, about emerging from a dark time into hopefulness. It also features COTW choir member and international jazz singer Bumi Thomas (below), born in Glasgow but previously threatened with deportation under the British Nationality Act which had removed her automatic right to citizenship. Bumi joined the choir in the heat of her legal battle with the Home Office, and thankfully was successful in her application to resist deportation. 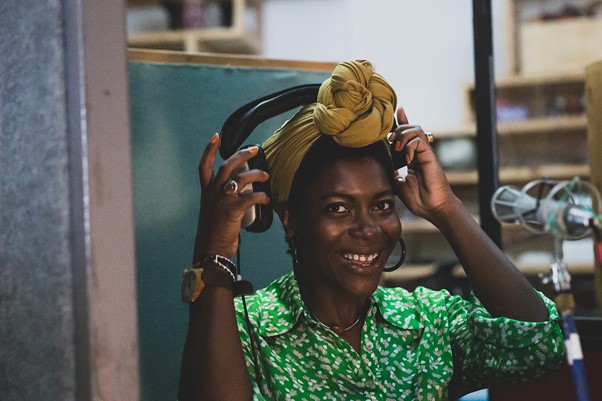 Bumi says, “Since COVID changed the world we have had to adapt and find digital solutions to stay connected. This EP is a great testament to the resilient beauty of our bond as a choir and I am so proud to be a part of this journey.”

You can listen to a sneak preview of Spring here!

It’s particularly apt that this EP is being released in Refugee Week 2021, whose theme is “We Cannot Walk Alone.” Without the support of the choir’s community, many members would have been left in isolation and in difficult circumstances, with their usual support systems cut off. Instead, members report increased wellbeing and connection with their musical peers, providing respite from anxieties and an opportunity to channel creativity productively.

So, what’s it been like for members to hear the parts that they recorded in isolation in their bedrooms being sung together on the extended EP?

“It’s been a great privilege to be honest as I haven’t been in a recording of so many people from different walks of life, languages, or cultures before,” says choir member Modupe. “It feels great being part of a choir who practices so much inclusion.”

“It’s incredible to have created something beautiful out of a dark time,” adds Nawroz Oramari, featured vocalist and choir member. “As long as we stay together, we know we can overcome every difficulty.”

You can hear some of the tracks of the EP at the Citizens of the World Choir open online concert, introduced by Emily Watson O.B.E., to launch their album and celebrate Refugee Week on Wednesday 16 June. Book in here!

The Symphony of Voices album by the Citizens of the World Choir will be released on Bandcamp on Friday the 18th June to mark Refugee Week 2021 for £5. Follow the choir here for your download! All proceeds will go into the future life of the project.

Photo: Citizens of the World Choir members have fun during the resumption of in-person rehearsals May 2021