In February my friend Beatrice and I attended the Refugee Week conference where we were inspired by a project in London where two people took images of themselves with a banner saying ‘Refugees Welcome’ at some of the city’s famous landmarks.

With a customized doormat reading ‘Refugees Welcome’, we photographed ourselves outside fifty-two landmarks in Birmingham throughout Refugee Week. We chose to do fifty-two images as the previous week 52% of the country voted to leave Europe. That is not to say that that 52% would not all welcome refugees themselves, but there is a small minority in the Brexit campaign who are against bringing people to the safety of the UK.

We were shocked that Birmingham decided to leave the EU so wanted to illustrate that despite this decision, it is still a place of welcome and sanctuary for those who need it. A full account of our project and the 52 photos can be found here: http://www.huffingtonpost.co.uk/ciara-cohenennis/refugeeswelcome-in-birmin_b_10806538.html 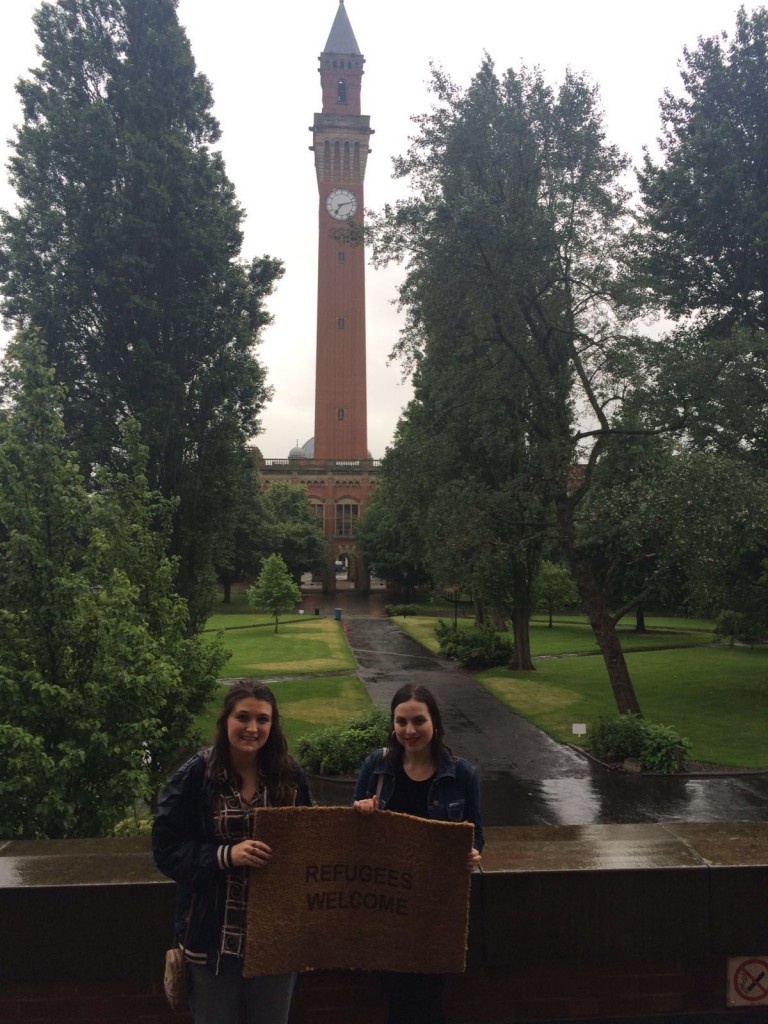 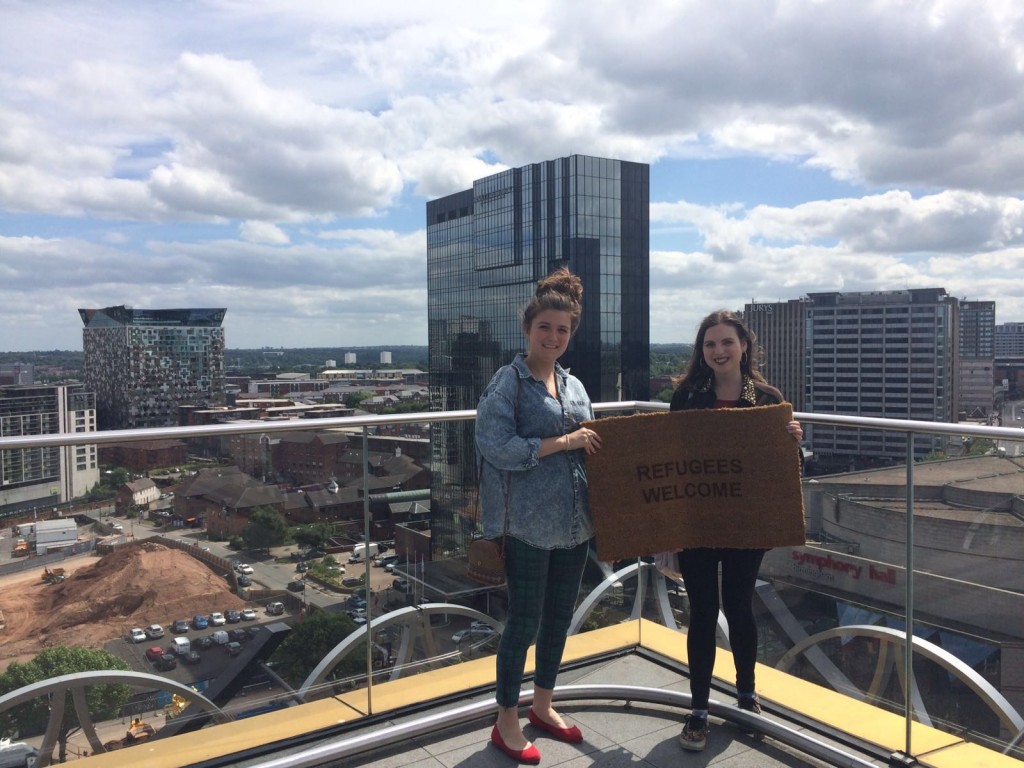 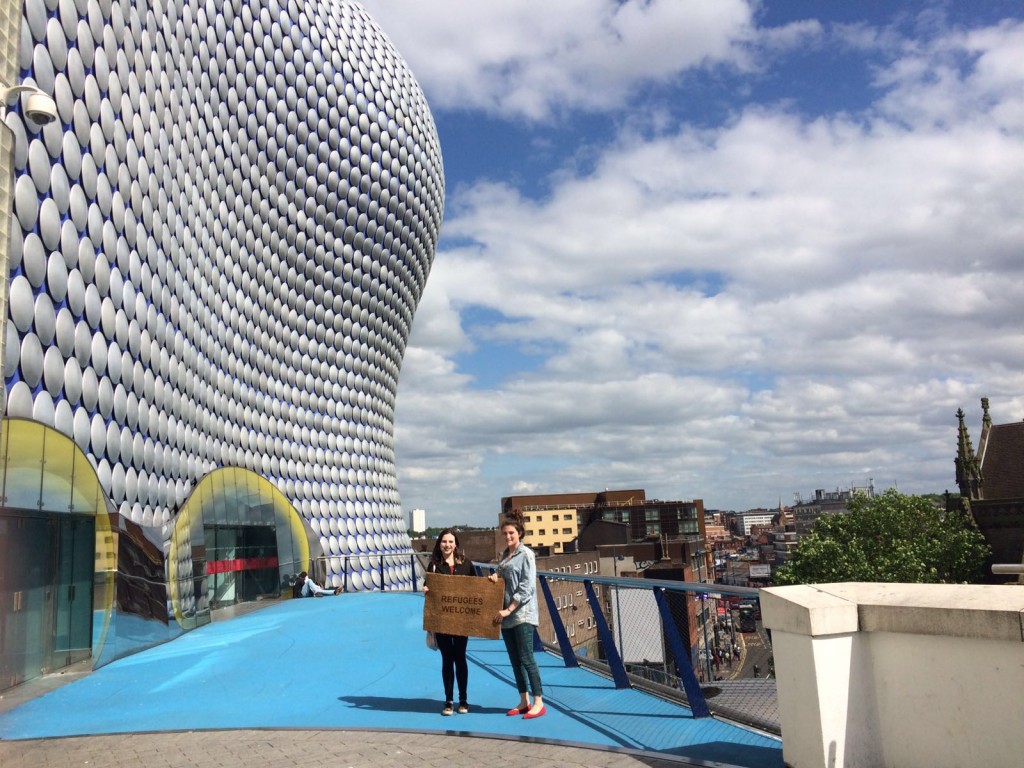 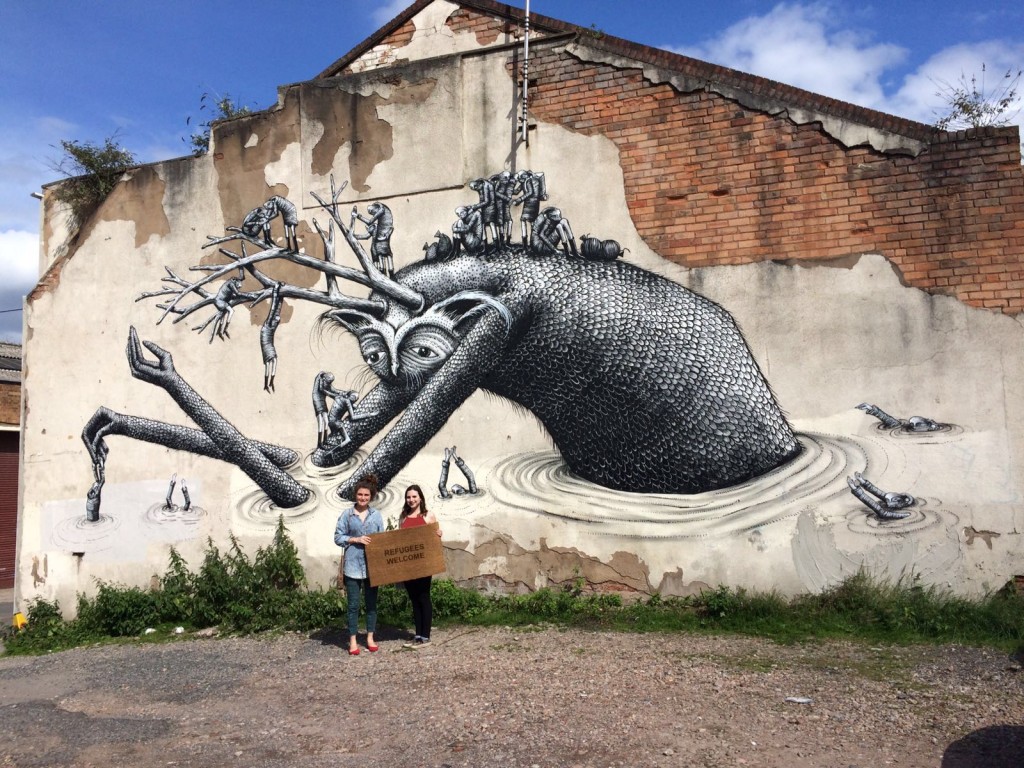 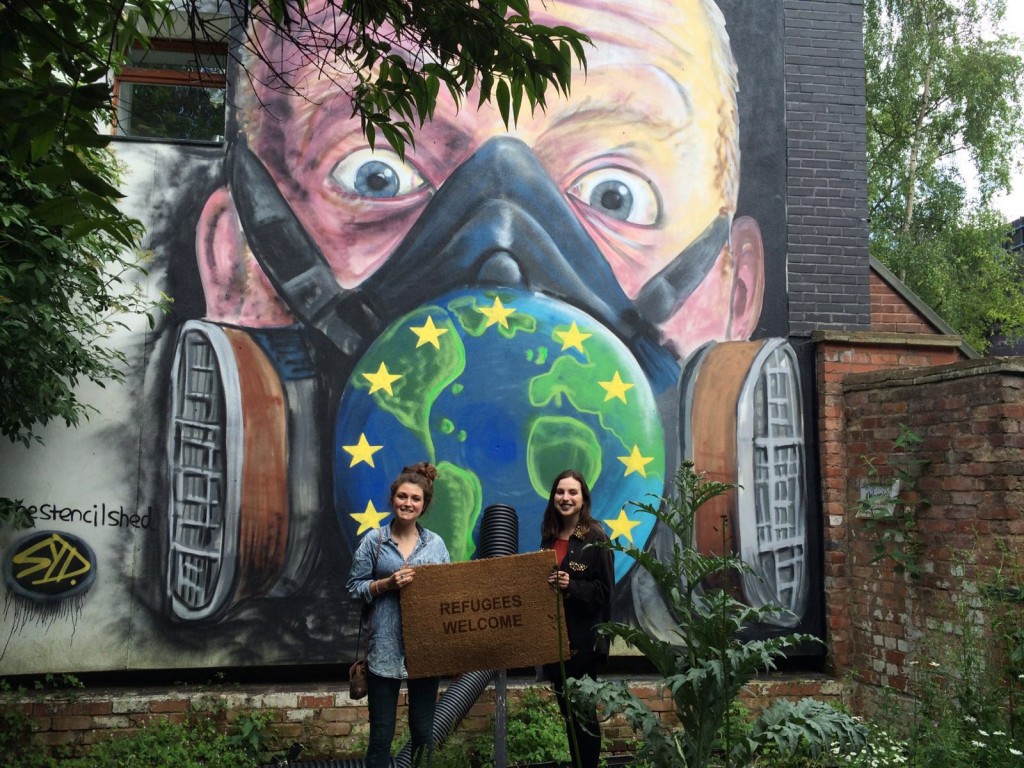