How do we challenge hostile environments in the arts? 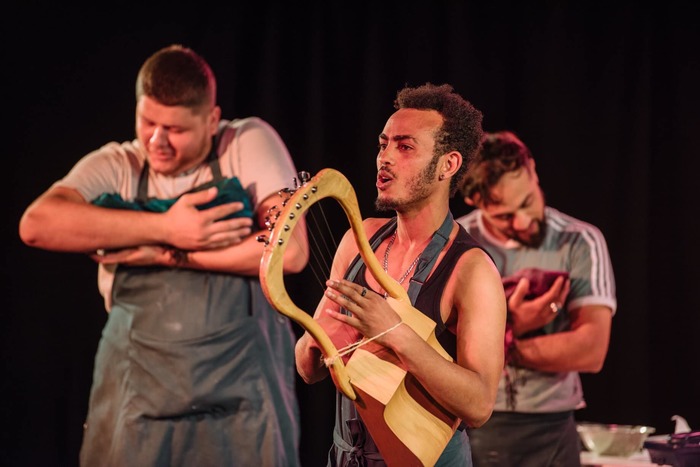 Roundtable Discussion: How do we challenge hostile environments in the arts?

Phosphoros Theatre, supported by Counterpoints Arts brings together artists and practitioners working with groups currently underserved by the arts to discuss, “How can we challenge hostile environments in the arts?”

Reserve your free place for this Zoom session via Eventbrite

Guest speakers will share thoughts on their current practice, how COVID-19 has impacted their work and how we can work collaboratively in the future. After each presentation the floor will be opened to a discussion around the speaker’s headline topic.

Kate Scarlett Duffy is Co-Artistic Director of Phosphoros Theatre. She founded the company in 2015 after working for several years in a grassroots Afghan refugee charity in London, working predominantly with unaccompanied minors through housing, advocacy and wellbeing projects. She leads Phosphoros Theatre’s Participation work, including workshops and training for refugee youth, schools and universities, as well as Phosphoros Young Company for refugee teenagers.

Kate has an MA in Migration and Diaspora Studies from SOAS. She is currently doing a practice based PhD looking at refugee identity, care and solidarity at the Royal Central School of Speech and Drama, where she is also a visiting lecturer focussing on Applied Theatre, performance and migration.

Syed Haleem Najibi is an actor, activist and facilitator, having performed in all of Phosphoros Theatre's shows. He regularly leads workshops and trainings with groups around the country and is one of the leaders of Phosphoros Young Company at the Unicorn Theatre. He is Phosphoros Theatre’s lead spokesman and has spoken at many high profile events and taken part in multiple radio, TV and print interviews including Sky News, i Newspaper, The Stage, ITN News, BBC and many more.

In April 2018 he co-presented an academic paper with Kate at the Storytelling For Refuge / Storytelling As Refuge conference at University of South Wales called In my chicken shop people look at me like I’m nothing, but these people pay to hear my story. Syed is studying to be an engineer and is passionate about environmentally friendly energy. He started his degree in Sustainable Energy Engineering at Queen Mary University of London in 2019, after being awarded the Article 26 Scholarship for people seeking asylum or with discretionary leave to remain.

Aqeel Abdulla is a theatre academic and practitioner, and the founding director of Yalla Arts, a community arts company based in Exeter, Devon. He has a PhD in Drama from the University of Exeter. He is originally from Syria, and has been living in the UK for nearly 11 years. Aqeel will be speaking on the topic of 'Meaning Well Isn't Enough.'

Mohammed Yahya is a London-based award winning bilingual Rapper, Poet, Educator and events organiser. He has performed extensively across the Europe, United States, Mexico, Sudan, Morocco, Mozambique, Ivory Coast, sharing his experience as a refugee and encouraging different communities to build bridges of peace and understanding.

Mohammed Yahya recently received the 21-4-21 award in U.K. which recognised him for being one of 21 young leaders in the 21st century who is working to increase dialogue and break down barriers between different communities. He is also an Interfaith Programming officer regularly curating a variety of educational, social action and artistic events to disintegrate stereotypes and encourage more community cohesion between different faiths.

Tobi Kyeremateng is an award-winning cultural producer and social entrepreneur with a focus on creating rich cultural experiences and sustainable social change through film, live public events, and community-led programmes.

Tobi is the founder of the award-winning initiative Black Ticket Project.