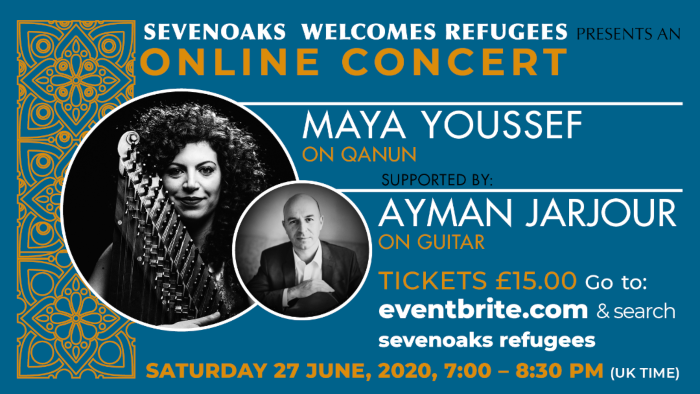 Internationally renowned Syrian classical guitarist Ayman Jarjour has performed worldwide, including at Carnegie Hall in New York, and studied in Madrid and Juilliard. Ayman returns to Sevenoaks with a varied programme including Classical, Spanish, Latin, Modern and Syrian music, to support Syrian refugees resettling in the Sevenoaks area. Here's a clip of Ayman in performance, and his website.

Maya Youssef is a virtuoso performer on the qanun, the traditional 78-stringed Middle Eastern plucked zither. She moved to London under the Arts Council's "exceptional talent" scheme and has played at the BBC Proms and alongside Damon Albarn. Here's a clip of Maya in the recording studio, and her website. You might like to read this media review in the Guardian and listen to her recent appearances on BBC Radio 3 and BBC Radio 4