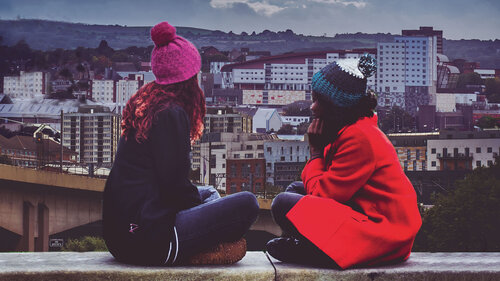 Finding sanctuary in the unlikeliest of places.

The world premiere of HERE, a new play by Lindsay Rodden, was planned for 19th March at Northern Stage. Due to lockdown the show never opened. This is a one-off opportunity to hear the actors reading the script interwoven with visuals from the show and excerpts of the original score.

Four seasons, four people, from four corners of the world, and a teenage girl’s message in the sky. HERE is about finding sanctuary in the unlikeliest of places. About two best friends and the power they summon through friendship and books to make something magical. To say WE WERE HERE.

Content warning: Contains swearing, references to home office interviews and the experiences of people who have had to leave their home country to seek asylum in the UK.