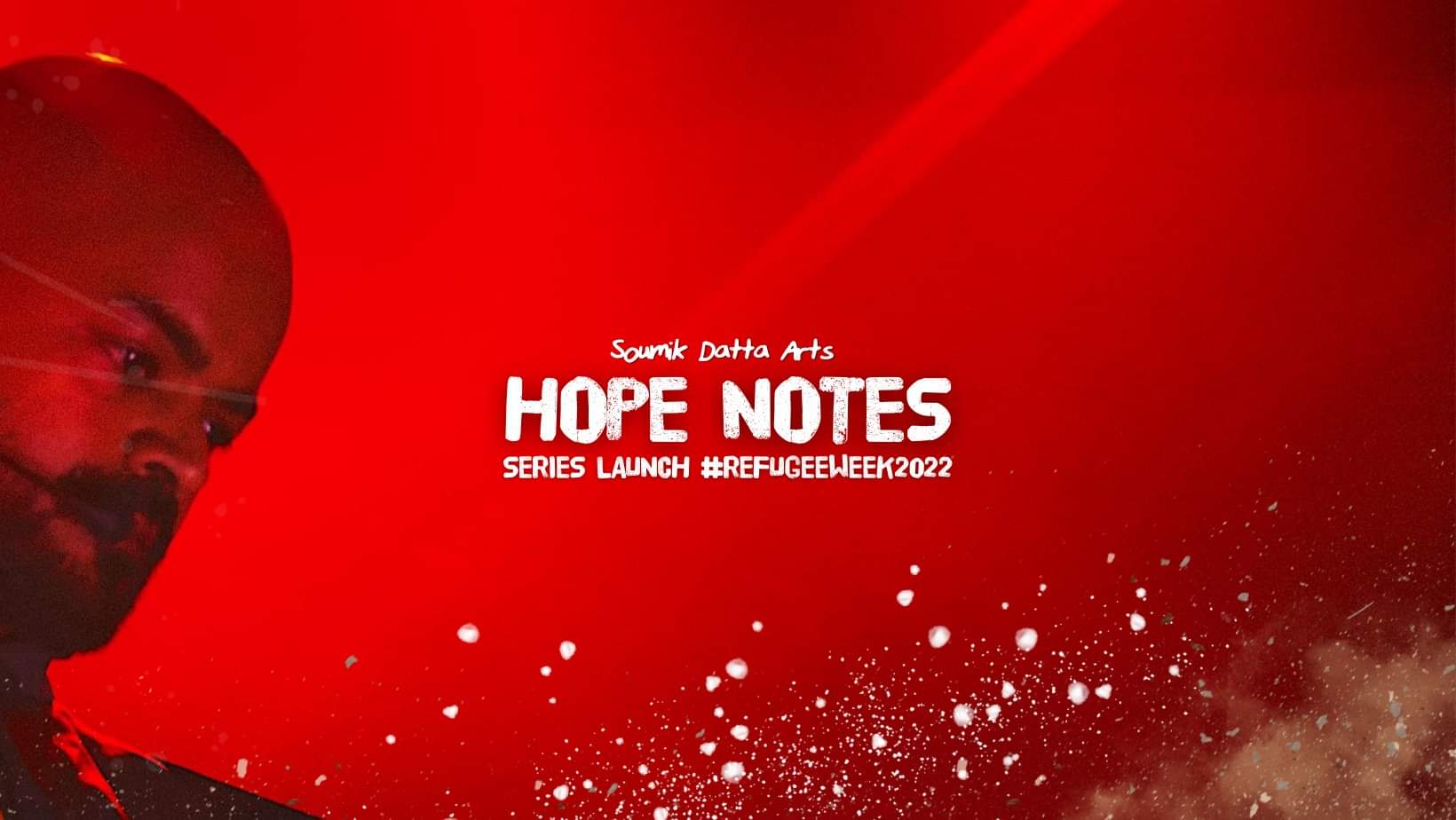 The show weaves 10 refugee voices, electric sarod, strings and animation to build a sensory feast to challenge social injustice through an uplifting, musical lens. Soumik brings his company's full-length production and a cast of virtuoso performers to create a tapestry of human stories, music and visuals.

Filmed at Queen Elizabeth Hall, London, Hope Notes was made in collaboration with refugees from Syria, Afghanistan, Kenya, Bangladesh, Yemen, Cameroon and Uganda and is a powerful tribute to the displaced communities of the world.

This series comprises 7 episodes that will release during Refugee Week 2022 (20-26 June) Soumik Datta is a British Bengali composer, TV presenter and torchbearer of the 19 stringed Indian instrument sarod.

"In 2021, I interviewed 10 refugees who shared with me their stories of survival and hope. Displaced from their countries and fleeing persecution, these stories left me with a deep gratitude for the roof above my head and for a place to call home. In response I composed a suite of new songs to weave between the interviews. Bringing together a team of musicians, dancers, filmmakers and psychiatrists we developed a new show called HOPE NOTES to raise refugee and migrant mental health awareness. The show which premiered live at Queen Elizabeth Hall, Southbank Centre is now launching as a Youtube series of 7 episodes, released daily during Refugee Week 2022."