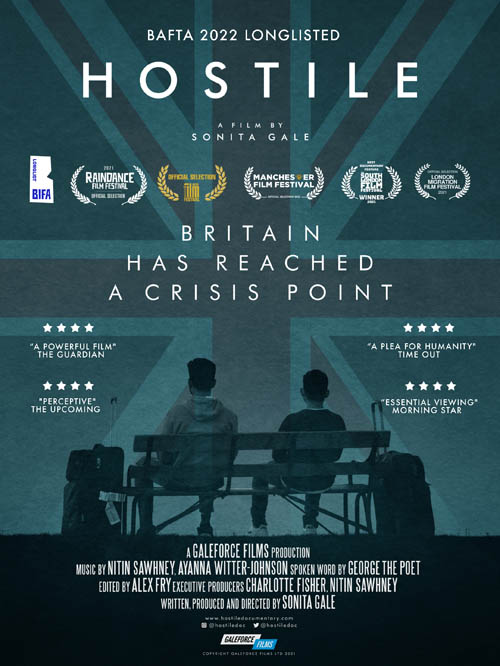 Hostile examines the UK’s ‘hostile environment’ — a term used by the government in 2012 to illustrate the atmosphere the government wanted to create for migrants in the country, with the intention of provoking migrants to leave the country of their own accord. With Brexit and the new points-based immigration system taking effect, this is an incredibly timely film as we enter a new era of stricter immigration regulation. The film uses archive footage to depict the history of the British empire, as well as charting the UK’s immigration policies over recent years, to explore how we have arrived at the point we’re at today. The screening will be followed by a Q&A with the director, alongside panelists from the Nottingham refugee support landscape.