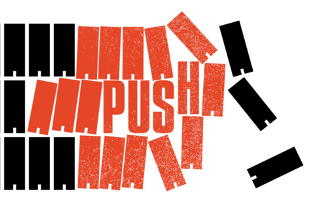 Dates Available to view the film: 15/16th June – Access is via a code for those who have registered to view the film. 50 free viewings available at a time to suit yourself on the given dates. Watch the film trailer here.

How to book: Send an email to sally.sutton@plymouth.ac.uk who will confirm your place (strictly on a first come first serve basis).

Dr Sana Murrani planned to show the film “Push” (details below) back in March as part of an annual research event organised by the Displacement Studies Research Network in conjunction with the launch of “The Routledge Handbook of Henri Lefebvre, The City and Urban Society”, edited by Michael Leary-Owhin (Dec 2019). Dr Murrani is a contributing author and it was felt that the film would tie in with many of the urban themes covered by the research undertaken by staff and students at the School of Architecture, University of Plymouth. Although the event had to be cancelled due to outbreak of Coronavirus, we have been working behind the scenes with the distributor to find a way for both staff and students to view the film. We hope that you will be as excited as we are and take up the offer to view the film for free, at a time to suit yourself and in the comfort of your own home.

“HOUSING IS A RIGHT, NOT A COMMODITY” (United Nations, Human Rights)

“Following UN Special Rapporteur on Adequate Housing, as she roams the world trying to understand who is being pushed out of the city. She believes that housing should be not be treated as a commodity; not only is it a human right but she asks who are our cities for? Housing should not be just about property and making money. The film investigates the conflict between housing as a right and profits and questions how is it possible to reclaim the fundamental right to housing”. (http://www.pushthefilm.com)

“This is an empowering story of resistance that captures the community spirit that endures and gives life to cities. It is reminder that people need to fight not only for their rights but for the character of their cities. When push comes to shove the city is nothing without its citizens. The film looks at the problem of the crises around the world and whist prices are increasing incomes are not. The film argues that this is not gentrification but a different kind of monster that is making our cities increasingly unliveable in, one which is a global crisis”.