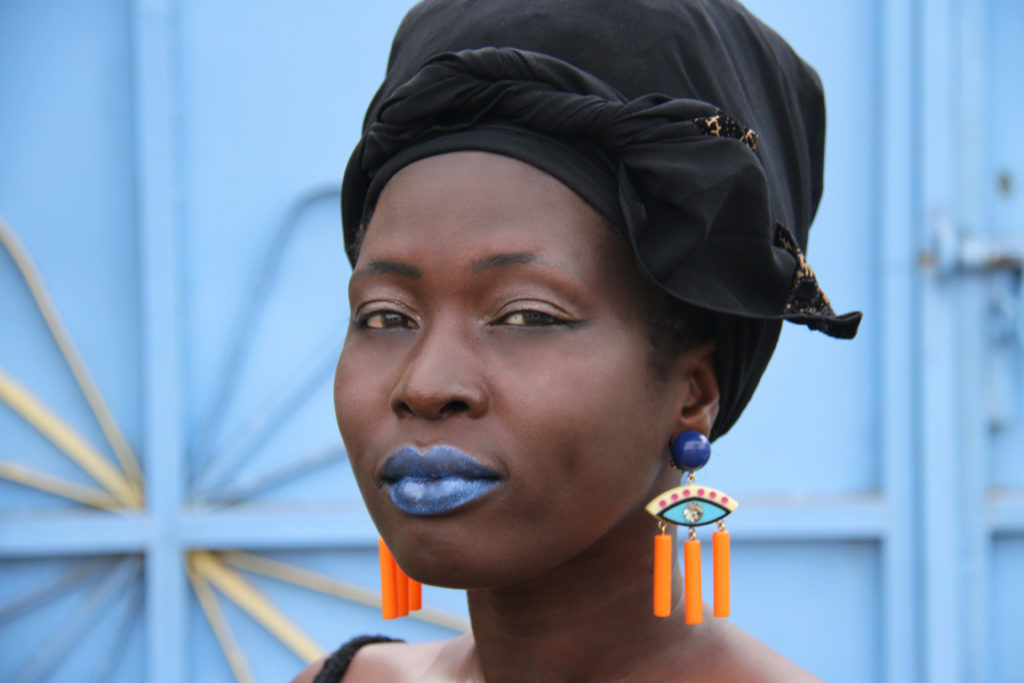 Counterpoints Arts has been following the career of this talented singer for a long time and are delighted to be announcing this special event for Refugee Week 2020 - more details coming soon.

Nyaruach is the sister of the internationally acclaimed hip hop artist, Emmanuel Jal, who will be joining her for a conversation and to share their music. We will get a taste of Nyaruach’s music, including her collaborations with her superstar brother. She makes music influenced by the traditional sounds of her home, her own life and lives of women around her.

Nyaruach recently arrived here, she is currently seeking asylum in this country. Don’t miss this, her first Refugee Week event, by the artist who is here to stay.

We thank the Musicians’ Union for their support in producing the recording of the event.

Gatluak by Nyaruach, from the 2nd release off the joint album NAATH with Emmanuel Jal.

Nyaruach was born around 1983 in Southern Sudan, at the time of the civil war. She lost her mother and was separated from the rest of her immediate family, including Jal, at the age of 4. As years went on, the war intensified, and the orphaned girl was forced to run around with her relatives. She witnessed her family members killed, houses burned and was raped by government officials. Her brother meanwhile was recruited as a child soldier.

There was little hope in her life until she reunited with Jal in 2004 in Nairobi. The two recorded a song together called Gua, which stands for “peace” in their native Nuer tongue. The track was broadcast by BBC across Africa and became a No. 1 hit in Kenya in 2005. It was also Jal’s breakthrough to the international market, earning him a spot on Bob Geldof’s “Live 8″ concert in the UK.

Nyaruach kept her past to herself for a long time, but in 2008 she stepped over her personal pain and revealed her shocking story in War Child, an award winning documentary on Emmanuel Jal’s life.

Through her story Nyaruach wanted to emphasize the importance of educating girls in particular and children overall. She believes that the future of her native Sudan and Africa as a whole can be enhanced by education. She believes education is the only way to a free Africa. She joined the campaign to help her brother build a school in Southern Sudan. She made a commitment to stop eating breakfast until the money for the school was raised. This took 2 years, and 2 schools now have been refurbished in South Sudan.

Nyaruach said being in the studio and recording music became the happiest time in her life.

In 2013, Nyaruach travelled to Aswan, Egypt to take part in The Nile Project; a 2 week workshop and residency to represent South Sudan among some of the best musicians from across the Nile region. The residency accumulated in a large concert held in Cairo on January 31st.

Unfortunately due to renewed violence in South Sudan and threats upon her life, Nyaruach has been forced to live in Kakuma Refugee Camp, Kenya where she has an uncertain future.

Despite immense obstacles, Emmanuel and Nyaruach have finalised their first album together with the release of their single Ti-Chuong on World Refugee Day 2018. “NAATH” is a stunning joint collaboration with Emmanuel. The album is a vivacious, Afrobeat infused album with Emmanuel and Nyaruach drawing strongly on the unique sounds of their country; interweaving traditional folklore and love songs – alongside infectious dance tunes. NAATH is the ancient word for the land and language surrounding the glorious Kingdom of Kush. Carefully choosing this theme – Jal and Nyaruach’s music is often at odds with the image of war and poverty that has blighted South Sudan. Instead, both artists choose to reflect upon the resilience and rich culture of their identity through their vibrant tones and messaging.

“South Sudan is still suffering from years of war and oppression, we feel it is our cultural responsibility to bring out the music and voices from our country. As siblings we were forced apart in our childhood through extreme circumstances, so we are excited to be united on this project to bring the sounds of our village to the mainstream.”

Nyaruach has been recently touring the UK and Europe with her brother Emmanuel Jal – appearing at Womad, Boomtown, Pohoda and many others.