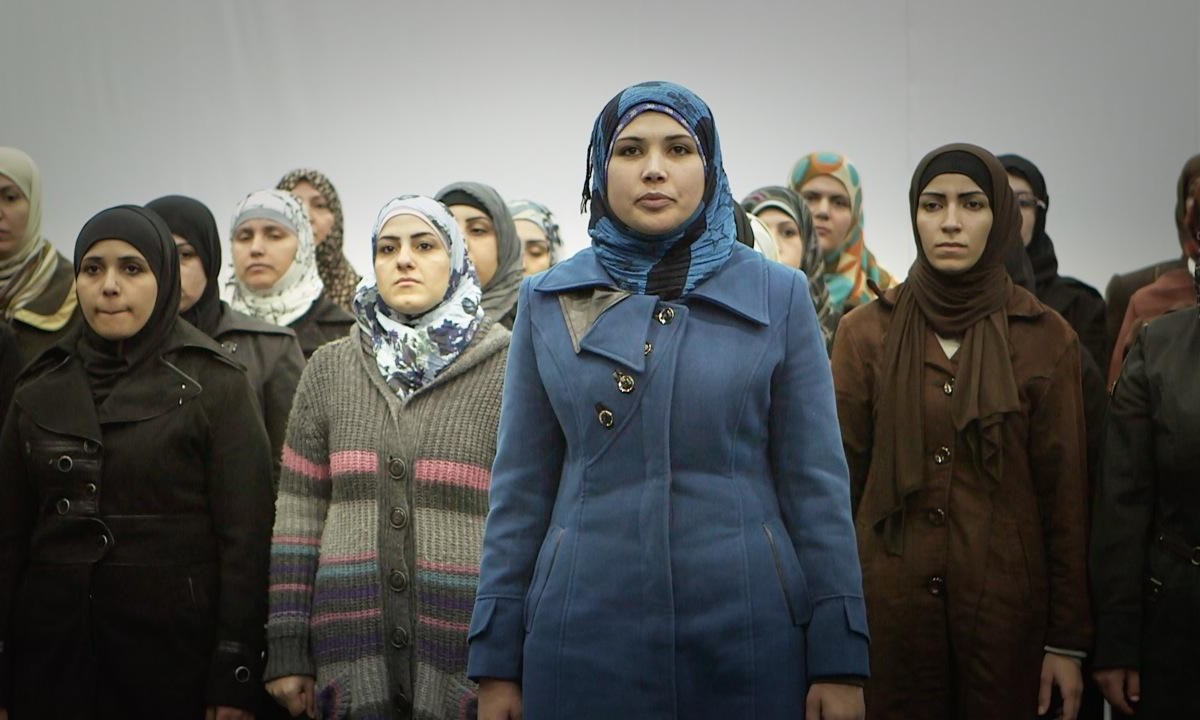 All welcome to a free film showing:Queens of Syria

Queens of Syria tells the story of fifty women from Syria, all forced into exile in Jordan, who came together in Autumn 2013 to create and perform their own version of The Trojan Women, the ancient Greek tragedy about the plight of women in war.

What followed was an extraordinary moment of cross-cultural contact across millennia. Women born in 20th century Syria found a blazingly vivid mirror of their own experiences in the stories of a queen, princesses and ordinary women like them, uprooted, enslaved, and bereaved by the Trojan War.

Doors open at 4:00 pm for tea and a samosa & thefilm starts at 5:00 pm. In Arabic with English subtitles

This is a thrilling and absorbing account of change, not a ‘film of the play’. It’s all about how the women explore telling their shared stories with passion
and creativity. It’s a moving and positive film!

Read a blog about the screening: http://transitiontowntooting.blogspot.co.uk/2017/05/were-continuing-our-2017-gardens-of.html