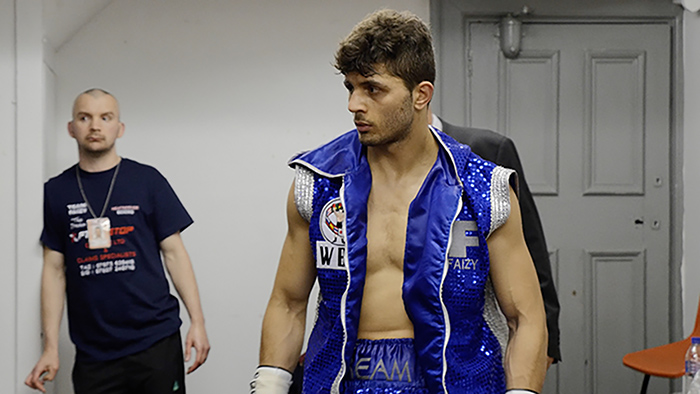 This is the first public screening of TEAM FAIZY, an independent 45-minute documentary, at the new Institute of Light cinema in Hackney.

Ajmal ‘AJ’ Faizy came to England alone as a refugee at the age of 14, fleeing persecution and torture in Afghanistan. With the help of his adoptive family and the local community in Blackburn, AJ has since rebuilt his life to become a rising star in British boxing, while still fighting for his right to stay in the UK. This film tells his story as he prepares for the biggest match of his life - the WBC Junior World Title at London's historic York Hall.

This is a story of migration, in the context of a dramatic sports film, showing the build-up and climax of his title bid from every angle, and revealing the realities of grassroots British boxing. It is a heartfelt, exciting, contemporary account of what it means to be a boxer and a refugee, fighting for life chances, and how the help of the people around AJ made it possible for him to get this far, when all institutions had failed him.

Followed by a Q&A panel with:

This free event is endorsed by the Refugee Council. Donations at the door are welcome and encouraged to support their work with unaccompanied children seeking asylum in the UK.

Food and drink available to purchase at the Institute of Light’s bar and BBQ tapas outfit. Come before 8pm to make the most of the venue. Film starts promptly at 8.30pm.