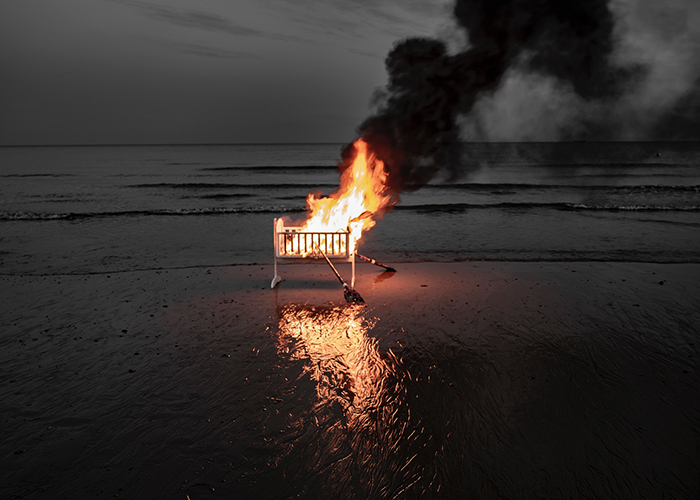 The short video work (06:55)  Twinkle Twinkle Little Star by Gil Mualem-Doron highlights the death of refugee children while crossing the Mediterranean and the betrayal of UN's member countries to the promise given to refugees in the 1951 Refugee Convention.

The film depicts a burning crib on a shore at dusk.

The film's sound is composed of the Twinkle Twinkle Little Star lullaby tune which refers to the traveller at the dark night:

"Then the traveller in the dark,

Thank you for your tiny spark,

He could not see which way to go,

If you did not twinkle so."

However, the lullaby lyrics in the film's soundtrack is replaced by the 1951 Refugee Convention legal document.