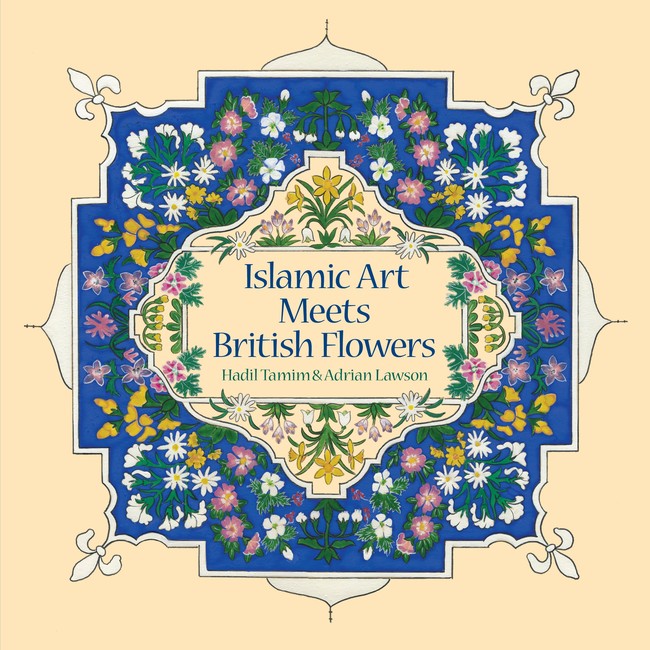 Hadil Tamim and Adrian Lawson met at the drop-in session at Reading Refugee Support Group. Every Monday, local people from the Reading area meet up with those who have come to the centre for support. Initially the objective was to help new arrivals learn conversational English, but now it is a place where people arrange to meet up, receive and offer help, chat, share news and/or just hang out.

Hadil’s love of Reading has grown since she arrived here some 20 years ago, and her artist’s eye was drawn to the brickwork and architectural forms of many of the buildings. She has always been inspired by nature and quickly noticed and identified the seasonal wildflowers she came across in the parks and open spaces.

Adrian came to Reading from London, where he grew up, and worked for Reading Borough Council looking after the town’s open spaces for about 20 years. He is still active in improving the biodiversity of some of them in his spare time. Alongside his work, he penned a regular column in one of the local papers about the wildlife to be found in Reading and environs through the seasons and has published two books on the local trees and nature.

Neither Hadil nor Adrian came to Reading because of its flora and fauna but both have been riveted by its subtle but pervasive influence over them during their time here.

Their shared enthusiasm led to this collaboration. Hadil selected the flowers for their visual appeal, drawing many after extensive research in Fobney Island nature reserve which Adrian was involved with from its start in the early 1990s. It was seeded with a wildflower meadow mix and thus enabled Hadil to study the flowers relatively easily.

Flowers have something in common with migration. Sometimes they escape the confines of a garden for life in a better place, sometimes arriving from a distant homeland and going on to do rather better here. Others move from their original habitats because the conditions change – they dry out or become too shady. They reflect Reading, where people from all over the world settle and enrich the town, and form an apt metaphor for our times. Inhospitable environments, whether caused by human activities or climate change, cause people and flowers to move.

Two Rivers Press is offering a 10% discount code on ‘Islamic Art meets British Flowers’ for Refugee Week 2021. Order via the Two Rivers Press website before the end of July and enter the code ‘islamicart10’ at the shopping cart stage.