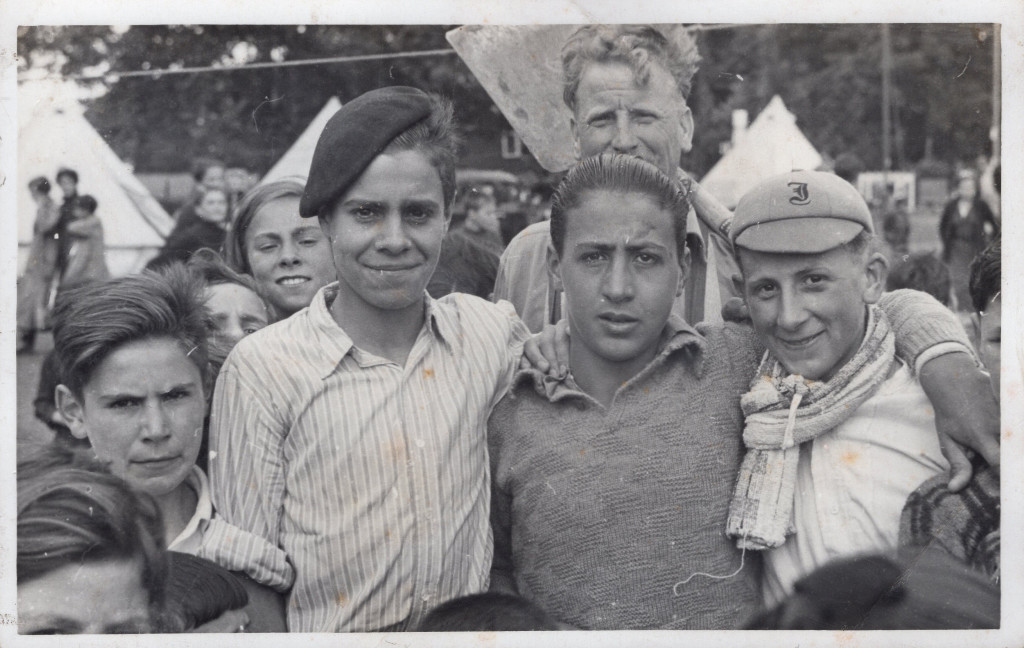 Havens East uncovers the incredible (but little known) stories of the Basque child refugees who came as refugees to Norfolk and Cambridge during the Spanish Civil War (1936-1939).

The Norfolk part of the story focuses on the Oakley Park and Rollesby colonies which were established in August-November 1937 as havens for 50 young male Basque exiles. We learn about the remarkable English volunteer Poppy Vulliamy
and how she set up a democratic ‘parliament’ for the boys. The Basque boys made friends with local lads, played highly competitive football matches against them and got to know about English food such as bully beef. We see why the youngsters were given the ‘freedom of the Pleasure Beach’ and how they won their way into the hearts of local people.

The Cambridge part of the story pays tribute to the local volunteers, now largely forgotten, who worked tirelessly to support the Basque children. One was Professor Cornford whose son had been killed fighting  in the Spanish Civil War and who took the entire colony to his windmill near the sea so the children, traumatised by war,  could enjoy a two-week holiday.

The 29 children were cared for in two buildings converted by the local voluntary committee into comfortable hostels. The first was in a disused vicarage in the village of Pampisford and the second in a large house, Salisbury Villas on Station Road Cambridge owned by Jesus College, Cambridge. We see how they had to leave Pampisford because the children were too noisy! We also catch a glimpse of a rare film made in Cambridge about their daily life – and that holiday by the sea.

Alongside their stories, the exhibition focuses on the lives of some of the children who remained in the region after the war ended, including Maria Luisa Alvarez (now Toole) who came with her little brother. Escaping from the fighting, they reached the port of Bilbao but only after the family donkey had died on the way meaning they had to leave Spain with few possessions. We also learn of the Gallego brothers, Joe and Tony, who later played professional football for Cambridge United, Cambridge Town and Norwich City.

This exhibition will reveal so much that has been forgotten – just who had the label No. 162 and why did he hunt for his favourite book? Why did the Basque boys call their dog ‘Reddy’?

Taken together, these stories help us to better understand how and why East Anglia was a safe haven for many Basque children during the Spanish conflict.

The exhibition will be live from June 12th at the start of Refugee Week 2020 on www.havenseast.org.

Photo credit: Some of the older Basque Boys. From Poppy Vuillamy photo album, 1937