In June 2018, they are offering you the chance to join them…

We would like you to join us over Refugee Week 2018 with your own Moving Stories production.

Your production could be as simple as a ‘script-in-hand’ reading with a few friends or as big as your space will allow. It could involve a few people or a whole community. Whether you are a student group, amateur theatre society, community group or just neighbours, you can still take part.

The writers are offering their work for free to use between 18 and 25 June 2018.

The project’s main aim is to mark Refugee Week and raise funds for the UN refugee agency (UNHCR). The writers are kindly offering their material for free, so the extent of your fundraising is up to you. You could sell tickets and donate a portion of the profits or simply pass a bucket around at the end. All donations will be gratefully received and will go directly to support the vital work that UNHCR perform in refugee camps around the world. Learn more here – http://www.unhcr.org/

The plays can be adapted to be performed by any size group from 6 to 23 from age 16+.

Visit the Moving Stories website for more information and to request the scripts. You’ll be joining dozens of theatres and community groups across England and Wales who have already expressed an interest in taking part.

Do also add your event or activity to the Refugee Week online calendar at www.refugeeweek.org.uk. 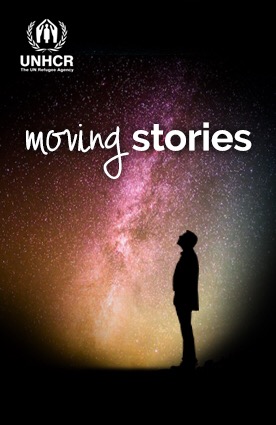