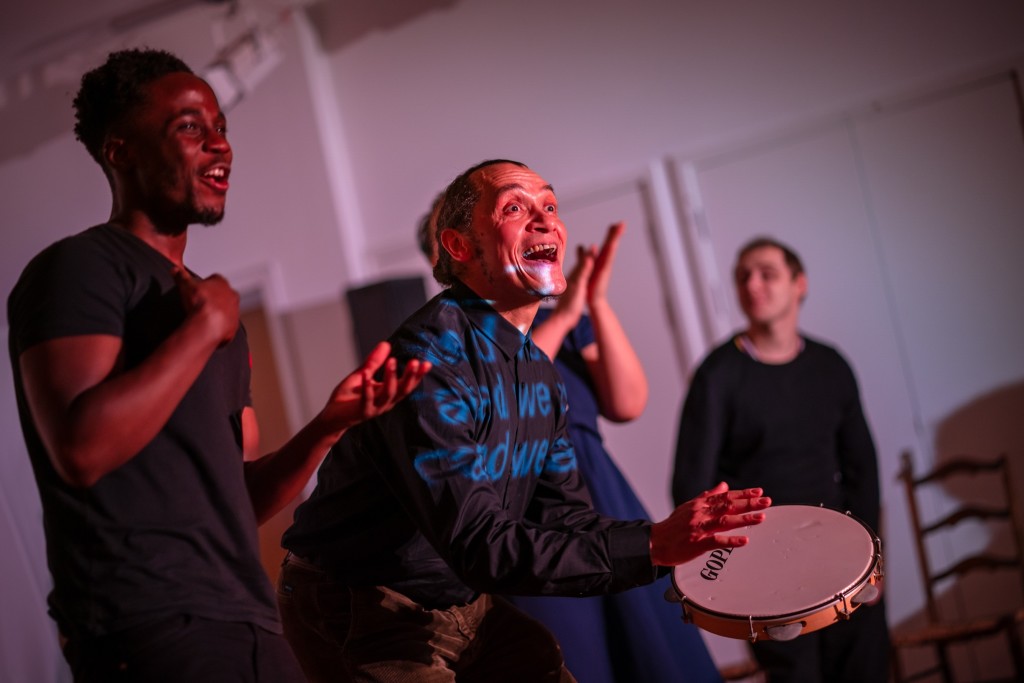 A performance taking place at Sage, Gateshead, this summer put the stories of refugees who have made the North East their home centre stage.

Peace Procession3: Standing Together is based on true stories collected during workshops with people who have had experience of fleeing from war and conflict, and also with people whose relatives survived the Holocaust.

It is performed by an international cast of actors and musicians, including North East-based rising star Kema Kay, whose first major role was in the 2016 film I, Daniel Blake.

Kema Kay explained: “I play Gahiji who has just met his wife-to-be, Dina. Gahiji has started a new life, as he’s a refugee, but he has to go on the run and try to stay safe again, and the thought of Dina keeps him going.”

As well as being inspired by the experiences of other people who have made the North East their home, Kema also brought his own experiences to the role.

“Gahiji has a sense of not belonging which I’ve felt all my life, and I brought myself and my own story to the role. I came to this country from Zambia when I was three years old. My sense of not belonging comes from never knowing where I should be. My birth country saw me as British, but Britain didn’t. Where did I belong?” said Kema.

The performance has been created by Newcastle-based Skimstone Arts, who work with artists, communities and performers to create original theatre, music and film.

Claire Webster Saaremets, Artistic Director of Skimstone Arts, added: “When people come to see Peace Procession3: Standing Together, they’ll experience an uplifting and powerful exploration of how people come together and help each other in times of trouble.

“But it’s not a made up story, it’s based on real people’s experiences – testimonies from children who survived the Holocaust and the lives of people who have had to flee from conflict.”

Peace Procession3: Standing Together is at Sage Gateshead at 7.30pm on Monday 22 June. Tickets are available from Sage Gateshead via sagegateshead.com or on 0191 443 4661. Click here to book tickets.

Audience members said: “It was full of intensity and insightful of the plight of refugees.”

“Beautiful to look at, very moving, thank you.”