The Secret to Having Difficult Conversations 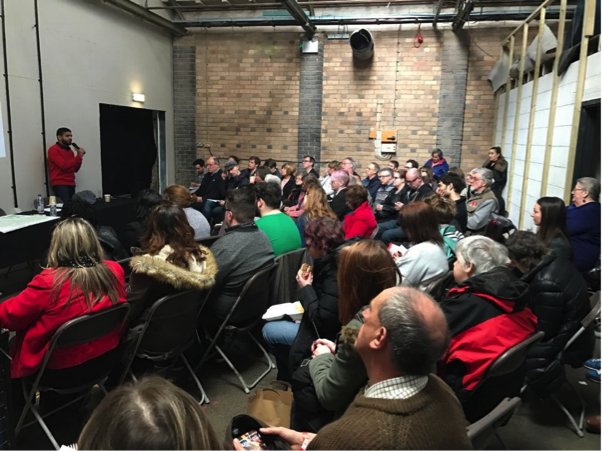 A guest post by Arun Devasia, West Midlands Organiser with HOPE not Hate

I once had a conversation with a friend of mine who was adamant that “the moon landings were faked”. I hadn’t given the topic too much thought but did acknowledge that there were a minority of people who held this view. When I asked what exactly had led them to believe this, I was given an introduction into the wide world of conspiracies, move studios, government cover-ups and brain washing.

We also all have that one person, that one distant relative that makes us feel a little uncomfortable with their views on sexism/religion/politics/immigration. That person who often leaves us raging internally after pleasantries are exchanged.

When this happens, two things usually occur: we implore this person to see logic and tell them all the reasons they are wrong or, we stay silent, think of emotional self-preservation and don’t bother with engaging.

As a community organiser for the anti-fascism/anti-racism organisation ‘HOPE not hate’, I strongly believe that neither of those two things should happen. If we give up and fail to confront these views then we risk letting this group of people drift further and further to the right; allowing them to continue to absorb their information from the likes of the Daily Mail, the Daily Express, the Sun and the popular-right fringe parties.

We cannot allow this to happen!

I am always reminded of my time at university, drifting in and out of various socialist groups, wanting to learn about politics and the philosophies that underpin social justice. I remember the long discussions I would have with my class mates about the rights and wrongs of the Spanish Civil War or who was at fault during the Soviet invasion of Hungary. Amongst these decadent debates within a very closed circle of the privileged few would be demonstrations against education cuts or the Iraq war. The same people month in and month out would be there. A closed circle was precisely that, an echo chamber that was inconsequential to the wider debates happening in the community.

What I learnt then and what I argue is necessary now to build our movement is to go out and organise the middle ground. To not abandon them but take the opportunity to build our base so that the anti-refugee and anti-immigrant rhetoric pushed almost daily no longer has traction.

To do this we will need to go out and have the difficult conversations with people who have deeply held views on race and immigration but seldom the opportunity to express them. How exactly do we do this? 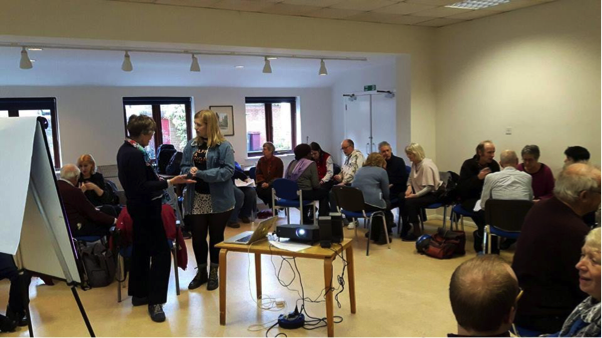 HOPE not hate has been proactive in trying to learn new approaches on how to have effective conversations to persuade people. What became clear in both our reading of the academic literature and in our actual experiences of having these conversations was that myth-busting had its limits and confirmation bias was common.  In brief: people who had formed irrational views based on emotive factors were unlikely to shift their thinking when presented with rational arguments.

It’s why sentiments like “migrants are a drain on resources,” persist. We know that this isn’t the case, that migrants contribute more to the UK economy than they take out, that even the smallest bit of scrutiny can dispel this misconception and yet we still encounter this emotive argument.

I am fortunate to work as a community organiser for HOPE not hate, Britain’s largest campaign against the far-right and extremism. We have always placed a high value on the need to speak with people based on where they are rather than based on where we would like them to be. In short, speaking to people rather than at them.

I return to the example I made about having an uncomfortable discussion with our distant relative who has objectionable views. If we don’t decide to avoid the conversation all together, we often rely on myth busting or rational arguments based on facts to slowly break down someone’s opinion.

This video of an interaction between Dr Brian Cox and Australian senator Malcolm Roberts about climate change is an excellent example of this:

Do you think the senator changed his mind after this exchange?

So if this traditional approach doesn’t work, how do we persuade people that purple isn’t the best colour, or that QPR aren’t the greatest team in the world, or that immigrants don’t steal all our jobs?

We have adopted an approach that draws upon the experience of LGBT+ campaigners in the USA trying to persuade voters who were less sympathetic to transgender rights. What they call “Deep Canvassing”, a combination of empathetic listening and Socratic questioning, is particularly effective in persuading people to change their thinking.

Here is an excellent example of this type of conversation taking place:

The simple act of listening to people and empathising with their experiences rather than focusing on their objectionable views creates a space built on mutual respect. Directing this conversation with some well-placed open questions allows people to reflect on their own views and hopefully reshape them for the better.

It also makes for a conversation that is unlikely to descend into a row.

HOPE not hate has been training activists around the country in this approach to having difficult conversations and encouraging campaigners to build our movement by using this simple technique of listening and questioning.

I will still likely encounter these unusual beliefs and have interesting conversations about how Elvis is still in the building or why Kanye West is the greatest artist in the world, but I will be more prepared than ever to challenge these ideas.

Equally, after adopting these simple discussion techniques, I feel so much more confident handling my troublesome distant relative who insists that there are no “genuine” refugees.

Will you join us? Are you interested in being involved?

There is no doubt that as the national narrative on immigration and refugees lurches increasingly to the right, particularly in the wake of Brexit, it is imperative that we counter this rise in hate crime and popular racism by not shying away from difficult conversations.

Take a look at the following resources to learn more:

A Guide to Empathetic Listening
The Spectrum of Support (Who do we need to be speaking to?)
Developing Listening Skills: The Listening Wheel

To find out more about HOPE not Hate visit www.hopenothate.org.uk