A selection of the online talks taking place across the UK for Refugee Week 2021. For full listings, visit the Events Calendar. 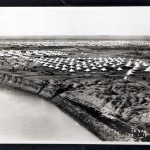 Unsettled: Citizens, Migrants, Refugees
National Archives
15 June, 6pm-7pm
Today, no one thinks of Britain as a land of camps. This talk will explore how Britain’s refugee camps have shaped the multicultural present, illuminating the closeness of individuals who have traditionally been kept separate. As the world’s refugee crisis once again brings to Europe the challenge of mass encampment, Bailkin offers warnings from a liberal democracy’s recent past. 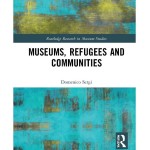 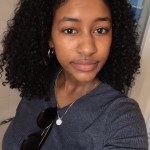 Afropean: The diaspora in Europe
Anglia Ruskin University
17 June, 7pm-8pm
Asanté Boyce encourages conversation and connection on what Afropean may mean to different people and different communities, through testimony but also by exploring the deeply important history of the relationships of different European countries with Africa and its descendants. 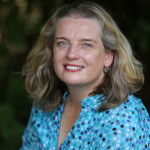 18 June, 11am – 12pm
One in six of us are Huguenots! Are you? If you want to discover more about your Huguenot ancestors, Emma’s short 30-minute talk is just the push-off you need to help you on your ancestry journey of discovery. 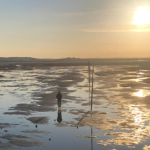 between two shores online launch, Finnish Institute in the UK and Ireland
15 June, 5pm – 6pm
Screening, Panel discussion
Online launch of between two shores, a project examining the intertwined issues of climate change and its impact on migration and human rights. The project is located in the environment of Holy Island (Lindisfarne) and will be made over the course of 2021 with people seeking sanctuary in the North East of England and residents of Lindisfarne. The event includes a screening and panel discussion. 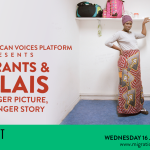 Migrants and Calais: The Longer Story, The Bigger Picture
African Voices Platform
16 June, 7.30pm – 8.30pm
Press and media have focused on “Calais” as a buzz word for coverage of the plight of migrants / refugees in France. How does this link to activities outside of France and the interventions of state and non-state actors? Dr. Sophie Watt, Dr. Amanda Crawley-Jackson and Elisa Larvego join African Voices Platform to discuss. Part of Migration Matters Festival. 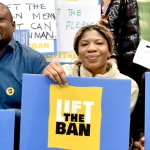 A Hostile Environment: Online Workshop / Discussion
HOME, part of Horizons Festival 2021
16 June, 6pm
Join people with lived experience of the asylum system from Refugee Action’s RAS Voices, and campaigner, Julia Savage from Asylum Matters to explore the impact of plans for the biggest overhaul of the asylum system in twenty years, which threaten the very right to seek asylum in the UK. 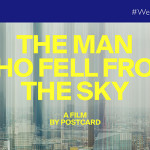 The Man Who Fell From The Sky: Panel Discussion
IOM UK
17 June, 3pm-4pm
‘The Man Who Fell From The Sky’ is the stranger-than-fiction story of one of the most extreme journeys ever made by a human being. This panel discussion will address some of the questions raised in the film, such as why people seeking sanctuary may feel they have no choice other than to embark on perilous journeys, and what happens to the loved ones left behind. 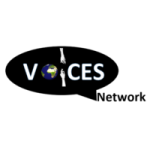 VOICES Against the Hostile Environment: We Cannot Walk Alone
The VOICES Network
18 June, 1pm-2.30pm
Join the VOICES Network, an independent group of refugees and people seeking asylum (experts by experience) to stand up for a kinder and fairer asylum system. Open to MPs and members of the public. 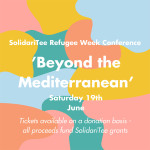 Conference: Beyond the Mediterranean
SolidariTee
19 June, 10am–5.30pm
A one-day 2021 Refugee Week Conference that seeks to understand and explore forcible displacement outside of the Mediterranean, which all too often receives next to no coverage across the UK’s mainstream media. 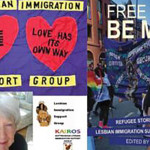 Free to be me: refugee stories from Lesbian Immigration Support
Fiveleaves Bookshop
14 June, 7pm–8pm
‘Free to be Me’, edited by Jane Traies, is a collection of refugee stories from the Manchester-based Lesbian Immigration Support Group. Tonight, Jane will be joined by women from LISG and the equivalent Nottingham group, Kairos. 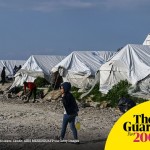 Guardian at 200: Humanitarian issues and the power of the media, The Guardian Live and The University of Manchester
15 June, 1pm – 2pm
Panel discussion
A livestreamed event discussing how has media reporting on humanitarian issues changed over the past 20 years How could it become more progressive? And how can the Western media utilise its power to better the lives of the vulnerable people it reports on? Award-winning human rights journalist Annie Kelly will chair a panel including Lindsey Hilsum, international editor for Channel 4 News and Waad Al-Kateab, Syrian journalist and director of ‘For Sama’ and Professor of Cultural History and executive director of the Humanitarian and Conflict Response Institute, Bertrand Taithe. 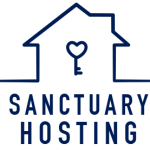 ‘We cannot walk alone: On becoming a Kuwaiti Bidoon in the UK’
Sanctuary Hosting
15 June, 6pm-7pm – Presentation + Q&A
Ahmad Jaber will be discussing the relationship between language and identity, and how a people’s way of expression may be used as a tool to identify and target them. The aim of the event is to shed light on the complexity of being a stateless Kuwaiti Bidoon, especially in terms of being in limbo while in the asylum-seeking process, but also on how even small social (re)actions may be significantly helpful. 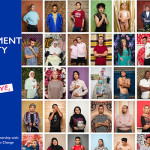 Telling Stories of Migration and Displacement with Humanity & Hope
IOM UK, IMIX and Witness Change
16 June, 3pm-4pm
What makes storytelling ethical and effective, and how can we contribute to a fair and balanced representation of refugees and displaced people? Panel discussion with award-winning photographer Robin Hammond. 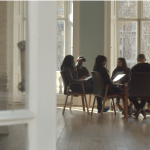 Silence Heard Loud: Seven People You’ll Want To Hear From
19 June, 4pm-5.30pm
Seven people from six different countries are building new lives in the UK, and have a lot to say about the situations they’ve left, about their experiences of the asylum system, and about British life and politics as they observe it. Hear from them,view the premiere of a short film about their university experience, and hear more about the forthcoming major art documentary in which they feature, ‘Silence Heard Loud’. 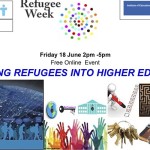 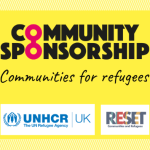 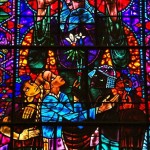 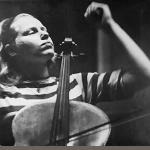 Music and the Émigré Photographers: Companions in Creativity
Insiders/ Outsiders
13 June, 6pm-7.30pm
It is a striking fact that a significant number of the photographers who found refuge in Britain in the 1930s started their professional lives as musicians and/or made a speciality of taking pictures of musicians and composers, many of whom were personal friends. Panel discussion chaired by event will be chaired by singer and teacher at the Royal College of Music, Nobert Meyn, founder of Ensemble Émigré and the Music, Migration and Mobility project. 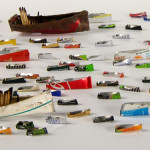 Thinking With | Issam Kourbaj | Fleeing the Dark
Research Center for Material Culture, Nationaal Museum van Wereldculturen
14 June, 5pm-6.15pm UK time
Issam Kourbaj responds to objects in the Nationaal Museum van Wereldculturen’s collection with his own artworks. He creates “conversations around Syria and other universal themes related to the crisis there, such as war, migration and home. 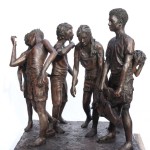 Public Art and Refuge: Changing Minds
Anglia Ruskin University
14 June, 7pm-8pm
A talk from Ian Wolter, who created the sculpture ‘The Children of Calais’, about the inspiration for the artwork and how it can be used to raise awareness and provoke discussion about the refugee crisis. 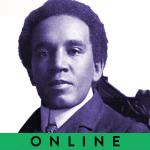 A Musical Context
Music in the Round
15 June, 7.30pm-9pm
An event exploring race in classical music. Hosted by highly respected social scientist Dr Stella Mascarenhas-Keyes and BBC Radio 3 presenter Tom McKinney, it looks at the global historical context of composers such as Chevalier de Saint-Georges and Samuel Coleridge-Taylor, followed by a discussion of the current picture in the UK and the impact of organisations such as the Chineke! Foundation. Part of Migration Matters Festival. 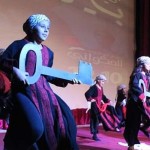 The Role of Arts in a Palestinian Refugee camp
Basma El Doukhi
17 June, 12pm UK time
Meet young artists living in Rashadieh Palestinian Camp in Lebanon and hear how the arts inform their identities and narratives about exile, in this panel event live streamed from the camp. 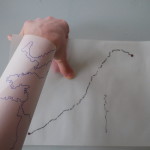 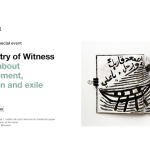 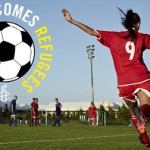 Training session: Refugee women in football – a good practice guide
Amnesty International UK
14 June, 2pm – 3.30pm
A training session for football coaches, clubs and their foundations, County FAs, refugee organisations and more on including women and girls from a refugee and migrant background into football. 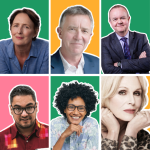 Desert Island Dinners: Stars Share The Meal Of Their Lives
Freedom From Torture: A Seat at The Table
16 June, 7pm-8pm
What special meal would you most desire before being cast away on a desert island? Reserve your virtual seat and join survivors of torture and celebrity guests as they talk to John McCarthy about the memorable dishes they would choose. You can expect hilarious, powerful and moving recollections along with original poems from refugees in our Write to Life group as they remember dishes from their homelands. 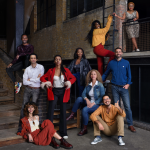